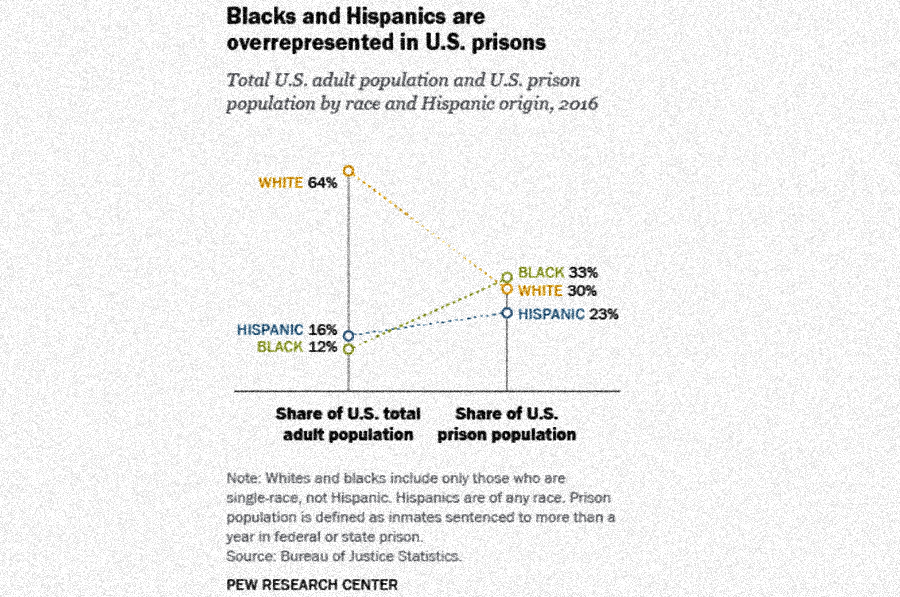 Blacks have long outnumbered whites in U.S. prisons. But a significant decline in the number of black prisoners in recent years has steadily narrowed that gap to the point where it is half as wide as it was in 2009, when America’s prison population peaked, according to new data from the Bureau of Justice Statistics. 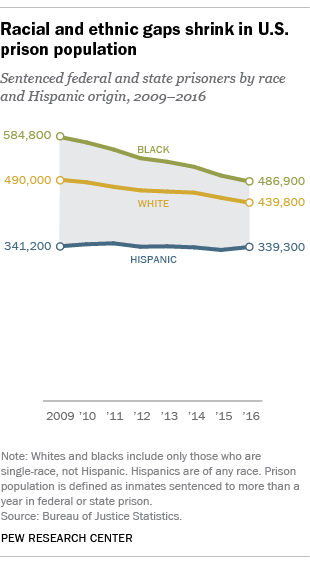 Overall, there were 1,458,173 sentenced prisoners in the U.S. at the end of 2016, or about 6% fewer than the 1,553,574 at the end of 2009. Apart from blacks, whites and Hispanics, these totals include inmates from other races and those from mixed racial and ethnic backgrounds. The figures only count people in federal and state correctional facilities, including those held in privately run prisons that contract with the government; they exclude most inmates held in locally run jails. 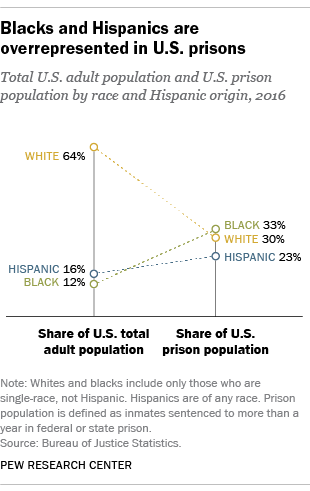 For all three of these groups, imprisonment rates have declined substantially since 2009. The rate has declined 25% among blacks, 11% among whites and 19% among Hispanics. Experts have offered a range of explanations for the pronounced drop in the black imprisonment rate.