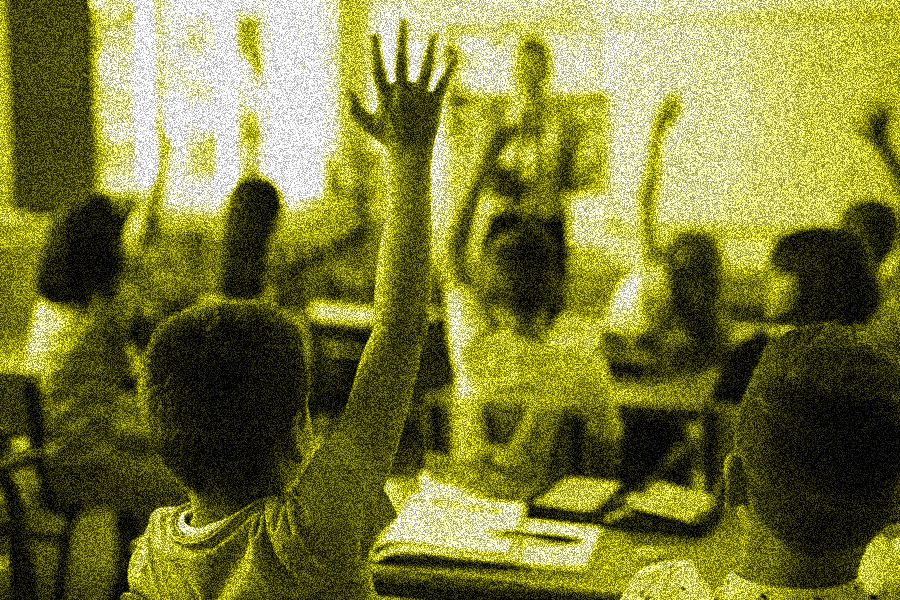 American students are being taught an inadequate and often sanitized version of history when it comes to slavery, according to a new report.

The report, from the Southern Poverty Law Center, looks at how slavery is  presented in K-12 classrooms and found that students are often taught a deeply incomplete version of events. Students learn inspirational stories â€• about figures like Harriet Tubman and good Samaritans who helped slaves reach freedom in the underground railroad â€• before they learn about the horrors of enslavement. When they learn about slavery, it is often presented as an isolated, albeit unfortunate phenomenon, disconnected from white supremacist ideologies that abetted it and the racism that continues as a pervasive part of American life today.

Only 8 percent of high school seniors surveyed by an independent polling firm for the study identified slavery as the primary reason for the Civil War. Almost half identified tax protests as the main cause.

Teachers also posted disappointing results. About 66 percent of social studies teachers surveyed said they discuss the immorality of slavery with their classes. A little over half of surveyed teachers said they talk about the continued legacy of slavery in today’s society with students. Southern Poverty Law Center said the study surveyed more than 1,700 social studies teachers that subscribe to its teaching tolerance project, as well as others found on commercial lists.

The study also reviewed 15 states’ content standards, and 10 popular U.S. history textbooks. It found that while some states did better than others, they generally demanded only superficial-level teaching on the subject of slavery. Textbooks were similarly problematic.

While more than 90 percent of surveyed teachers said they feel comfortable talking about slavery in their classroom, many teachers revealed a higher level of discomfort in answers to open-ended questions, especially when dealing with young children.

“I focus on the resistance factor more to avoid the children being scared by man’s humanity to man [sic]. I don’t want to steal any child’s innocence, though I want to make sure that the children know the real history of their country,”  wrote one teacher.

The impact of inadequate teaching about slavery does not end when students leave the classroom. It contributes to how they see the world, the country’s distribution of power, and the institutions around them.

“It’s not simply an event in our history; it’s central to our history,” the report notes.

Fixing the way slavery is taught in schools has a specific urgency at this moment in history, amid a surge in white nationalism, the report says. Understanding and facing the history is an essential first step of alleviating the indelible stain slavery has left on the country.

“If we don’t get the early history of our country right, we are unlikely to be equipped to do the heavy lifting necessary to bridge racial divides now and in the future,” the report says. “It is a moral necessity if we are to move the country forward toward healing slavery’s persistent wounds.”